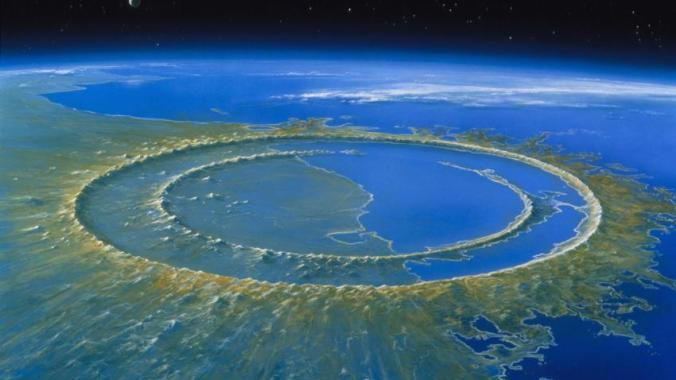 The dinosaurs had it easy.

One day, about 66 million years ago, the Triceratops were munching on leaves, and the Tyrannosauruses were munching on Triceratops, when there was a big boom. What happens next is the matter of some debate, (one that scientists are going to be studying this month), but suffice it to say that the dinosaur-dominated world ended abruptly.

By contrast, the Neanderthals watched their world crumble over tens of thousands of years as the climate shifted and those prissy Homo sapiens moved in and wrecked their neighborhood.

These two types of apocalypses – the cataclysm and the gradual deterioration – are both popular in science fiction, and for good reason.

Cataclysms allow writers to create a world from a blank slate. They can rebuild society from the bottom up, an appealing proposition that allows for some interesting premises. Or they can throw modern humans back into a primitive, survival-only state, ala Cormac McCarthy’s The Road, and show us what they think we’re really made of.

The deterioration scenario allows writers to exaggerate aspects of the contemporary world and hypothesize on what happens if these trends keep running amok. A great example of this, while not quite an apocalypse, is the rampant consumerism and government fragmentation satirized in Snow Crash.

So how’s it going to end for us?

Even though our fingers are no longer twitching above the launch buttons, we still have enough nuclear weapons to incinerate the Earth’s surface faster than you can fry an egg. And we continue to fuel a consumer avarice that’s melting the polar ice caps and has already plunged us into a massive species die-off that’s being called the Sixth Extinction.

Sure, some billionaires like Elon Musk are working to make humans an interplanetary species. As I’ve written before, I’m not terribly optimistic about those efforts working anytime soon.

So until we have backup copy of humanity running on Mars – or until we all die – we writers will have plenty of material to work from.

What’s your favorite apocalypse scenario for writing? And which do you think is most likely?

Fun question to mull over on a Friday, huh?

One thought on “Which Apocalypse Would Be The Most Fun?”